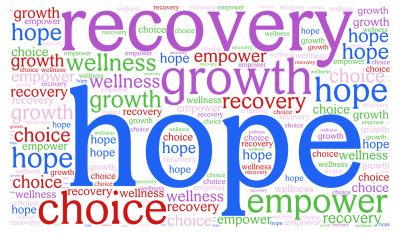 During a recent cycling trip between Hanoi and Ho Chi Minh City I wasn’t expecting to die – but nobody told the tour guide. Our guide, a Vietnamese local and veteran of cycling tours, was ‘over it’. Moody, uncommunicative, rude and prone to changing the itinerary when it suited him, he managed to offend every one of the eight cyclists on the trip. However, I really didn’t expect he might kill us. Day 5 on our 15 day tour started badly. One of the group had broken her arm by putting on her left brake instead of the right one and jettisoned over the handle bars. She had to go to hospital and was accompanied by her friend which meant we were reduced to six. Shortly after this another cyclist was injured when he failed to duck under a taut, black line strung between two houses on the main thoroughfare of a fishing village and cycled straight into it. He received a red, gashing scar and was lucky he hadn’t been decapitated. Anxious to get out of the accident prone fishing village – and reduced to a group of five – we were relieved to approach the outskirts of Hoi-An. We stopped at a traffic light behind our guide. However, he failed to notice ( or didn’t care) that we had stopped on a green light. Instead, when the light turned red he set off with the rest of the group behind him. Trusting he knew what he was doing, we were confused when hundreds of motor bikes descended upon us. It was too late to turn back, we had to cycle and dodge them all. We confronted our tour guide who shrugged and denied behaving dangerously. He eventually conceded his mistake when one of the group yelled and shocked him into an apology. Several minutes later he was laughing about it with his Vietnamese support team who had sensibly stopped on the red light. However, it wasn’t funny. We were very wary of him after that and learnt the hard way not to trust him. I reflected upon the many accidents he’d mentioned happening on previous tours due to dangerous roads and a lack of cyclist concentration. I began to think otherwise and our guide appeared more ominous as he became increasingly tetchy and hostile. Luckily, there were no more serious accidents on the tour but we couldn’t believe we hadn’t been seriously injured. If you go cycling through Vietnam with an unpredictable and moody tour guide just try and get out alive! Tips to Avoid Bad Travel Experiences: Most sites have feedback forms. Check them out before you go and read reviews from travellers on previous tours. Check out sites like Lonely Planet and Travel Forums – travellers will warn others of a bad tour company or guide. Write a letter to the company involved. There is nothing better than a letter sent through the mail to get their attention.