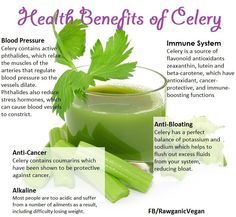 Corn oil is burgeoning as a critical national security issue for the USA. A recent report from the Organization of Economically Developed Countries predicts that by the year 2020 three out of four people in the United States will be overweight or obese and more than half of the population will suffer from diabetes. The report also anticipates that obesity will continue to drive up rates of cancer and heart disease. The impact on health care expenditures, lost productivity and other associated costs are currently draining the economy of an estimated US$117 billion per year. A group of retired senior military officers has reported to Congress that the drastic decline in the physical condition of recruiting age Americans over the past thirty years threatens to undermine the capabilities of the armed forces. The OECD report exposes the sad truth that thirty-five years after the Joy of Running was published, ushering in a fitness revolution that popularized exercise, the vast majority of people in developed countries are more sedentary than ever. More importantly, the typical diet has consistently worsened, with ever increasing consumption of processed foods and fast food restaurant fare the main culprit. The companies that make these products claim that they are just “giving people what they want”, but such excuses are disingenuous. Grocery stores are paid ‘shelving allowances’ to ensure prime placement for processed food products and fast food chains spend hundreds of millions of dollars each year in advertising to promote sales. The processed food industry in the United States has paid untold billions of dollars more to lobbyists and political campaigns to influence the structure of the farm economy and encourage the consumption of processed food products. Some US$20 billion a year is paid out in government agricultural subsidies, one of the primary recipients being large scale corporate farming operations growing corn that is used as livestock feed as well as being processed to make corn syrup and an astonishing range of other food product components. The financial inducements are so great that today one third of all of the cropland in the United States is devoted to raising corn. When it is cheaper to buy a hamburger filled with a corn-fed beef, French fries cooked in corn oil and a soft drink sweetened with syrup than to buy fresh food to cook at home, consumers will inevitably vote with their wallets. The award winning documentary film Food Inc. describes just how perverted our food supply has become. Each year the diseases resulting from poor diet and inactivity kill hundreds of thousands of people in the United States and the death toll is set to increase alarmingly as the average age of the population continues to rise. Other developed countries are faring better so far, but are on the same disastrous path. As the incidence of degenerative illnesses climbs toward epidemic levels and the economic costs of obesity escalate, food quality becomes more than a personal health issue and the broader consequences for nations are frightening to consider. Terrorism has never actually been more than a minor threat to western society. Corn oil constitutes a far greater danger.